Why Spain you ask?  Prior to the constitution in 1978,  Evangelicals faced varying degrees of discrimination and persecution for not complying with Catholicism. Since the 1978 constitution, Catholicism has no longer been the state religion, and the country has enjoyed religious freedom. However, Spain is quickly swinging from a Catholic nation to a widely secular society, where morality and values are dwindling with a younger generation that generally rejects the idea of absolute truth. Today, only fourteen percent of the younger generation describe themselves as religious. Of the 8,112 municipalities in Spain, only 650 have an Evangelical church.

In the fall of 2016 while coming back from a mission trip to Spain, God spoke to Andrew about joining YWAM Madrid. Beginning in August of 2017 Andrew begin working with their team doing traveling evangelism and discipleship around Europe. 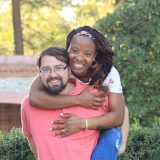 Something went wrong: Error validating access token: The session has been invalidated because the user changed their password or Facebook has changed the session for security reasons.