From the top of a hill at one of the parks behind our building. 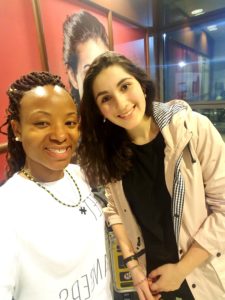 Can you see the “sleepiness” in my eyes?

Just like that, the adventure begins.  Daddy God has already been at work; blowing my mind with every passing moment.

It all began with my travel day/s, which was March 8th/9th, from Charlotte, NC to Munich, Germany, to Madrid, Spain.  First of all, let me just tell you that traveling all night and part of the day, is TIRESOME! Nonetheless, there were some very sweet moments, even during my tiring trip. 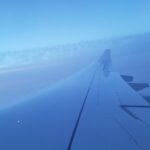 This was upon arriving to Munich

Anyone who knows me, knows how much I LOVE the moon.  During the flight to Munich, I was tired, but not tired enough to sleep well, so I ended up watching two movies. The fact that I had an ample supply of movies at my finger tips didn’t my being able to sleep, but I wasn’t complaining.  I was finally able to get some sleep while watching the second movie, but I woke up from discomfort multiple times.  It was during one of those times that I saw her.  I happened to look outside my window and saw one the most beautiful paintings I have ever seen.  Right outside my window was la luna (the moon) y las estrellas (the stars) and just underneath us was a blanket of clouds.  At that moment, the lack of sleep and the feeling of discomfort no longer matter.  What was crazy to me, was the fact that no one else seemed to care (probably because they were all asleep with their windows closed); it was almost as though Daddy painted that just for me. 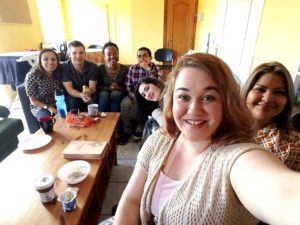 Before leaving for Spain, one of my fears came in the form of relationships.  I feared not being able to form relationships well with the team of students/staff for this DTS (Discipleship Training School), because of my LOUD/Audacious/strong personality.  God placed some amazing people in my life who encouraged me that I wouldn’t have any problems in that department, and although I received their encouragements, this fear continued to bother me some.  So much so, that it TORE UP MY NERVES!  I prayed about it as well, and gave to Daddy (as much as I could), and tried to go about my business.  Well, let me just tell how dumb we can be, even as children of God – I HAVE HAD NOT A SINGLE PROBLEM WITH RELATIONSHIPS!  God is so good!  Since day one, every single one of us has “hit it off” beautifully.  Ya somos como una familia.  The laughter, conversations, playing of games, praying for each other, enjoying tea/coffee – everything is so sweet and genuine.  It’s beautiful when people of different ages/backgrounds come together with similar levels of love for our Holy Father.  I WISH I had the words to say; just take my word for it.  The best part, one of my new family members is someone who ABSOLUTELY loves to love people, and I was able to witness her loving on a complete stranger in one of the stores we visited.  This stranger’s name was Angela and she happened to have just gotten off of work and was heading home.  We even talked about possibly going to visit her at her job (she works at papa johns – yes they have a papa johns in Spain).  #meetnostrangers or no?

Another one of my fears came in the form of the language.  I grew up around the Spanish language and took classes, when I lived in California.  When I moved to North Carolina, I took more classes in high school, and majored in Spanish in college.  I even studied abroad, for my sophomore year, in Mexico and Spain.  With my church, I help with our Spanish service – singing, and connecting with the families.  However, none of that matter, because I still doubted my abilities.  The problem was not with anyone else, it was ALWAYS ME!  It was my mouth, it was the words that I allowed to come out of my mouth.  Although I know how powerful our words are, I never realized that I continued to speak over myself, that “I can understand more than I can speak”.   Friends, Daddy reminded me of this last night, and I immediately repented, as we went through the events of the day (Saturday).  I have literally spoken in Spanish maybe 80% of the day – even having to translate some.

Today, I went to church with our DTS team, and was SO glad I did.  Not only was I able to “get my worship on”, but 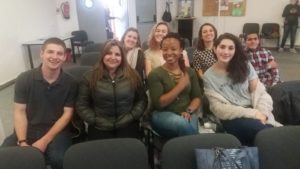 Daddy blessed me with a good word, where the pastor spoke on the story of David and Goliath.  It was first during worship that I felt Daddy’s sweet touch on me, and I wept.  The pastor spoke about how David was able to defeat both the bear and the lion because God was with him.  So when it came to defeating the giant, he thought nothing of it because, well if God was with him to defeat the bear and the lion, why wouldn’t he be with him to defeat this giant.  At times, we are so afraid to face the “bears/lions” in our lives – we are quick to run to someone else to help us defeat them (i.e a friend, parent, teacher, pastor, etc) – when all the while, God is right there with us.  We just need to turn to Him and He will tell/show us how to defeat the bears and the lions in our lives.  Defeating the lions and bears, only prepares us for the giants; don’t we want to be prepared for those giants? Giants are coming, whether you like it or not, the question is – are you prepared to defeat them? 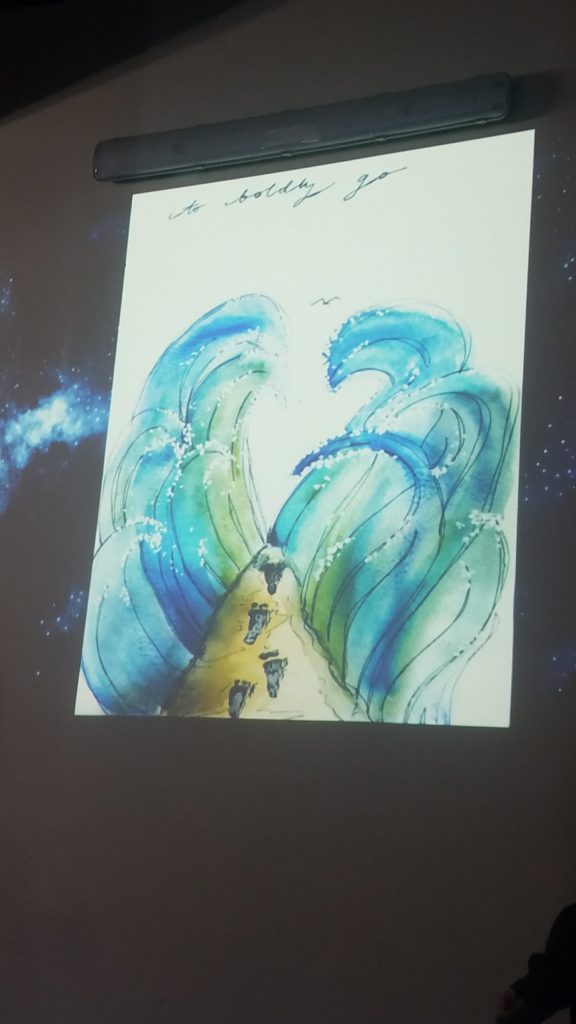 This evening, we had our opening ceremony for this DTS, where we worshiped together, met the team, introduced ourselves, learned about the theme of this Adventure DTS, and then some of the leaders of the community came to us and shared a word that God gave them for the individual and prayed over us.  All I can say is WOW!  I absolutely love to worship and I love that Daddy has allowed me to continue to do so, in the way that I love to (if you know me at all, you know I need space when I worship).  In the middle of worship, I felt Daddy’s sweet touch again, and I couldn’t help but to smile and want to dance more – oh, and I cried some more (seriously though, I am so tired of crying).  The crying was over there, after the service, we spread out around the room while the leaders came over to us to pray and/or speak a word to us.  I won’t share my word with you here, because I’d rather do so in person (or maybe I’ll do so in a video, if Daddy says yes), but If you would like to know, maybe we can chat por video.  One thing I will share with you about this time, is that Daddy said during this time away, away from everything that I know, it is a time for ME & HIM! The fact that my Daddy wants to have a 5 month (and more, claro) Daddy-daughter date, just…I just don’t even have the words.  And I know that we should always spend time with Him, have our alone with Him, which I do, but hearing Him tell me this through another vessel, was different.  It struck me ever so sweetly, and I couldn’t stop crying.  And know, there’s even more to those tears (but seriously, can ya girl stop crying?  Who even know someone could have so many tears??!) 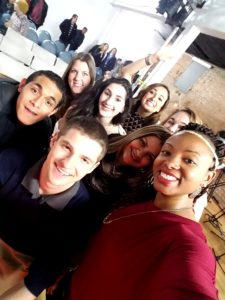 Something I’ve really enjoyed is the time that we have all spent together, just hanging out:  drinking coffee/tea, playing card games, telling funny/weird stories about our individual selves, trying to learn German (the struggle is real), dancing with the littles, singing, or even just sitting in silence.  Those times together have been so precious, as it has caused to grow closer, at such a fast pace.  Daddy God knows exactly what He’s doing, and I am reminded of that daily.

Lessons I have learned: I can do ALL things through Christ who gives me strength [philippians 4:13]

My encouragement to you:  Whatever bears and/or lions you have in your life, take them to God.  He wants to help you defeat them (look at David).  When you take them to Him, believe that He will help you.  If you don’t believe me, RE-READ THIS POST!